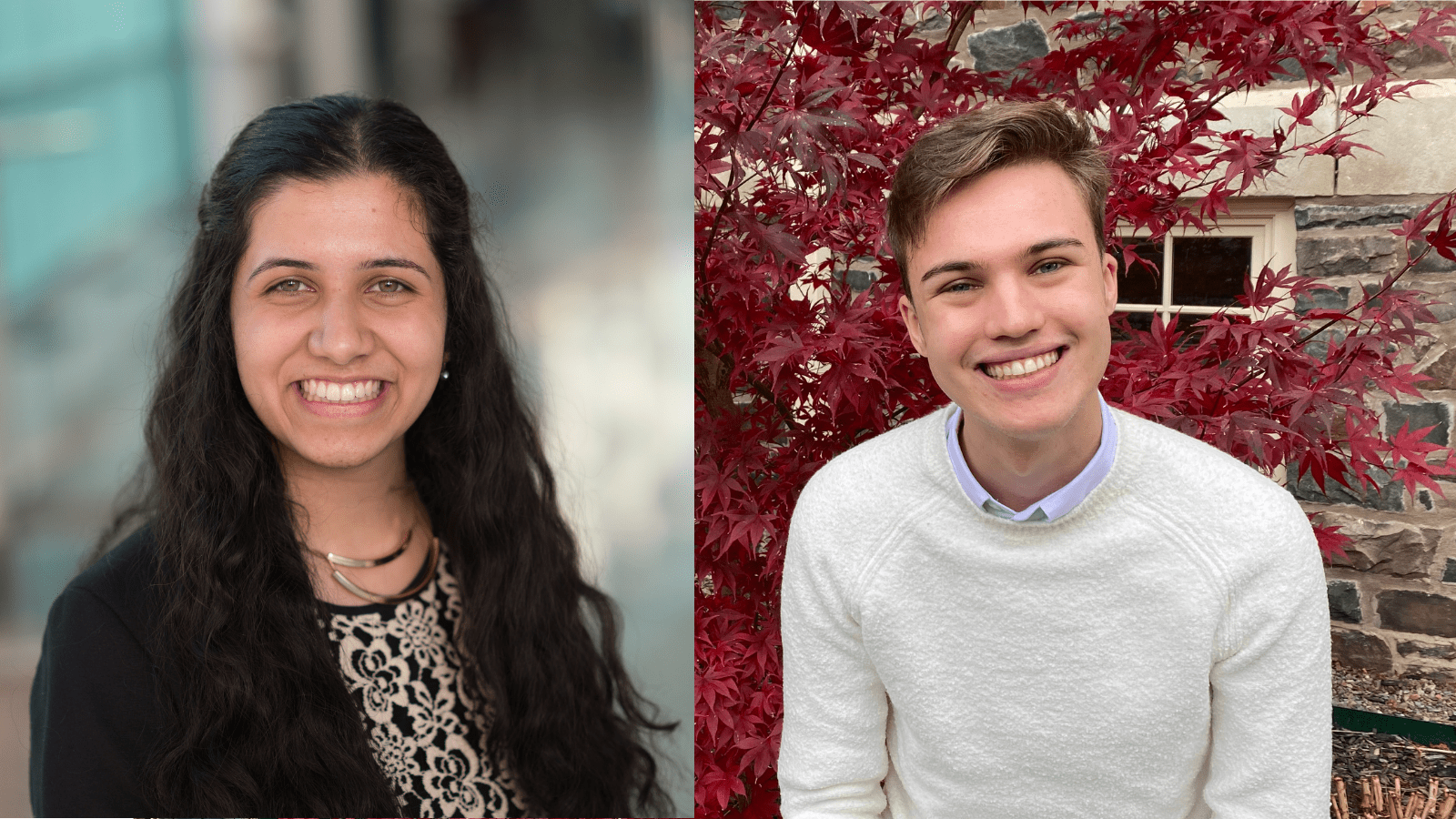 We are thrilled to congratulate Aditi Sriram (Scace Loran Scholar ’16) and Nick Harris (Ralph M. Barford Loran Scholar ’18) on being selected as two of Canada’s 2022 Rhodes Scholars. Nick and Aditi join 22 other Loran Scholars who have been awarded Rhodes scholarships over the past 27 years.

Originally from Toronto, ON, Aditi earned an Honours in Bachelors of Science in Global Resource Sciences from the University of British Columbia.

Deeply troubled by economic inequality and marginalization, Aditi has leveraged this discomfort into concrete action, most recently through the potential of impact investing as an Analyst with Good & Well. While at UBC, Aditi developed and implemented Science One’s first mental health program, coaching 12 alumni to lead monthly discussions with students and held a VP position with the Social Enterprise Club, where she was involved with developing a partnership with VanCity to launch the university’s first social impact case competition. Through the Loran summer program, she consistently embraced opportunities outside her comfort zone: securing work placements in Kenya and London and supporting sex workers and injection drug users in Vancouver. Aditi also stays connected to her home community, serving as a board member at the Jane and Finch Community and Family Centre. Aditi hopes to pursue an MPhil in Economics at Oxford which she will use as the foundation for a career path in financial regulation and economic policy.

Aditi shares, “the Loran Award changed my life 6 years ago. It was the first community I’d ever been a part of that not only valued but encouraged my interests in meaningfully contributing to the community. The Award enabled me to leave my home province, which I never dreamed of doing. At UBC I was really able to explore my interests and figure out how I wanted to contribute to the world. From working across different continents and sectors, I found myself constantly coming back to questions of inequality and the systems that perpetuate disparity of opportunity.

I was initially interested in our education and social welfare systems and why those systems were failing our most vulnerable, and later on in industries such as money lending and fast food that are profiting off of people in poverty. The realization that there is a strong profit motive for inequality to persist is my motivation to study public policy, an interdisciplinary field that reconciles the disparate interests and incentives of different stakeholders. I hope to dedicate my career to realizing a world where the benefits of our economic and financial system are accessible to all.

Nick Harris hails from Windsor, ON. He is finishing a Bachelor of Arts degree at the University of King’s College and Dalhousie University with combined honours in Political Science and Law, Justice & Society.

While at King’s, Nick has been active in student politics and (when it was safe to do so) he delivered speeches across schools in Ontario to engage youth. Passionate about student advocacy and the issues affecting young people, Nick became involved with the King’s Students Union in March 2018. He held the Financial Vice-President position for two years before being elected as President for the 2021–2022 academic year. Nick also won the Dalhousie Commonwealth Political Science Prize, which is an award given to the student who achieves first-class standing amongst Dalhousie University’s political science honours cohort in the area of political philosophy. As part of his Loran summers, Nick engaged in work with Best Buddies Canada and within Canada’s intelligence community.

A common thread throughout each chapter of Nick’s life has been supportive communities that have encouraged his curiosity and wonder. “I stand on the shoulders of giants,” he says. Be it peers, high school educators, university professors, administrators, or the Loran community, Nick is “grateful for the places and people who have emboldened [him] to challenge what is possible”. Nick adds, “Thank you to all who saw the wonder in my eyes and took an interest in me. You can only go so far by yourself, but when you’re working with people, anything is possible. Loran has taught me that, King’s has taught me that, my Loran mentor has taught me that, and it’s a lesson that has been reaffirmed time after time.”

For Nick, his relationship with his Loran mentor, Lindsay Cameron Wilson, has been particularly meaningful, as it has acted as both a solid base and launchpad throughout his undergraduate career. It was natural, then, that Lindsay would celebrate each step of the Rhodes interview process alongside Nick, including the moment he received his acceptance call as she was driving him home from interviews in PEI. When he was asked by the Secretary of the Rhodes Trust if he was with family, Nick replied, ‘I’m with my chosen family’.

Nick plans to continue his studies in political theory and international relations as he pursues a Masters of Philosophy at Oxford University. When he was informed of his selection, Nick recalls, “I said the same thing I said four years earlier when I got the life-changing call from Loran, ‘You just made everything possible’.

On behalf of the extended Loran community we wish Nick and Aditi all the best on this exciting new chapter of their educational journeys.