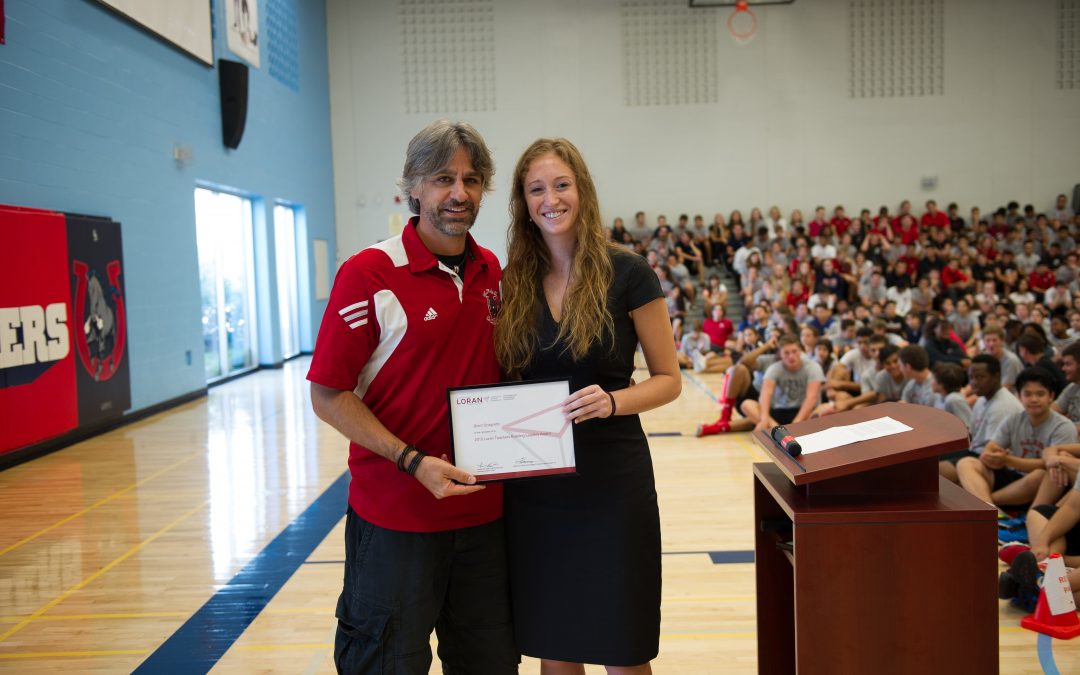 In 2015, with support from the McCall MacBain Foundation, we launched an award to recognize primary and secondary school teachers who provide early inspiration, guidance and growth opportunities for Loran Scholars. One of the first recipients of the Loran Teachers Building Leaders Award was Mr. Brent Scagnetti from Markham, ON.

“He was the first teacher who truly helped me formulate my views on the world.”

During the summer of 2012, Ralph M. Barford Loran Scholar Sarah Burns spent four months in Rwanda, organizing an eight-day global youth summit for Right to Play, the international non-profit that promotes child development through sports and games. At the time, she was just a year into an undergraduate degree at the University of King’s College in Halifax. “The internship gave me an immense amount of hope for the world. Terrible things occurred in Rwanda, and that will never be forgotten. But to see how well the country was doing, 18 years later, showed me how much courage people can have. It was then that I realized I could use my love for academics to pursue change.”

It wasn’t her first encounter with the group. While at Bill Crothers Secondary School, in Markham, Ont., Sarah, now 22 and a Rhodes Scholar, decided to organize Right to Play fundraisers at a local elementary school. Many of her peers and other teachers thought the project was overly ambitious, but BCSS teacher Brent Scagnetti cheered her on. “Everyone told me that my idea was too big, too challenging, and would take up too much time,” she recalls. “Mr. Scagnetti however, was fully on board, and not only did I receive his support but he believed in my work.”

The 46-year-old phys-ed instructor was one of the first recipients of the Loran Teachers Building Leaders Award, initiated in 2015 to recognize primary and secondary school teachers who go above and beyond in developing the character, service and leadership of their students. Sarah, as a Loran Scholar, nominated him. “I was incredibly honoured to be thought of by Sarah because she herself was someone who I admired,” he says. “I sincerely feel that it is a privilege to work with kids, and I am thankful to have a job where I get to spend time with inspirational students.”

Mr. Scagnetti had known Sarah since Grade 6, when he taught her art and math in elementary school. After he switched to BCSS a few years later, she found herself in his Grade 8 class. At the time, Sarah, who graduated from King’s College last year with an economics degree, was training intensively as a competitive figure skater. “He was incredibly supportive of my dream, helped accommodate me, and would regularly check in and make sure I was keeping up and doing well.” 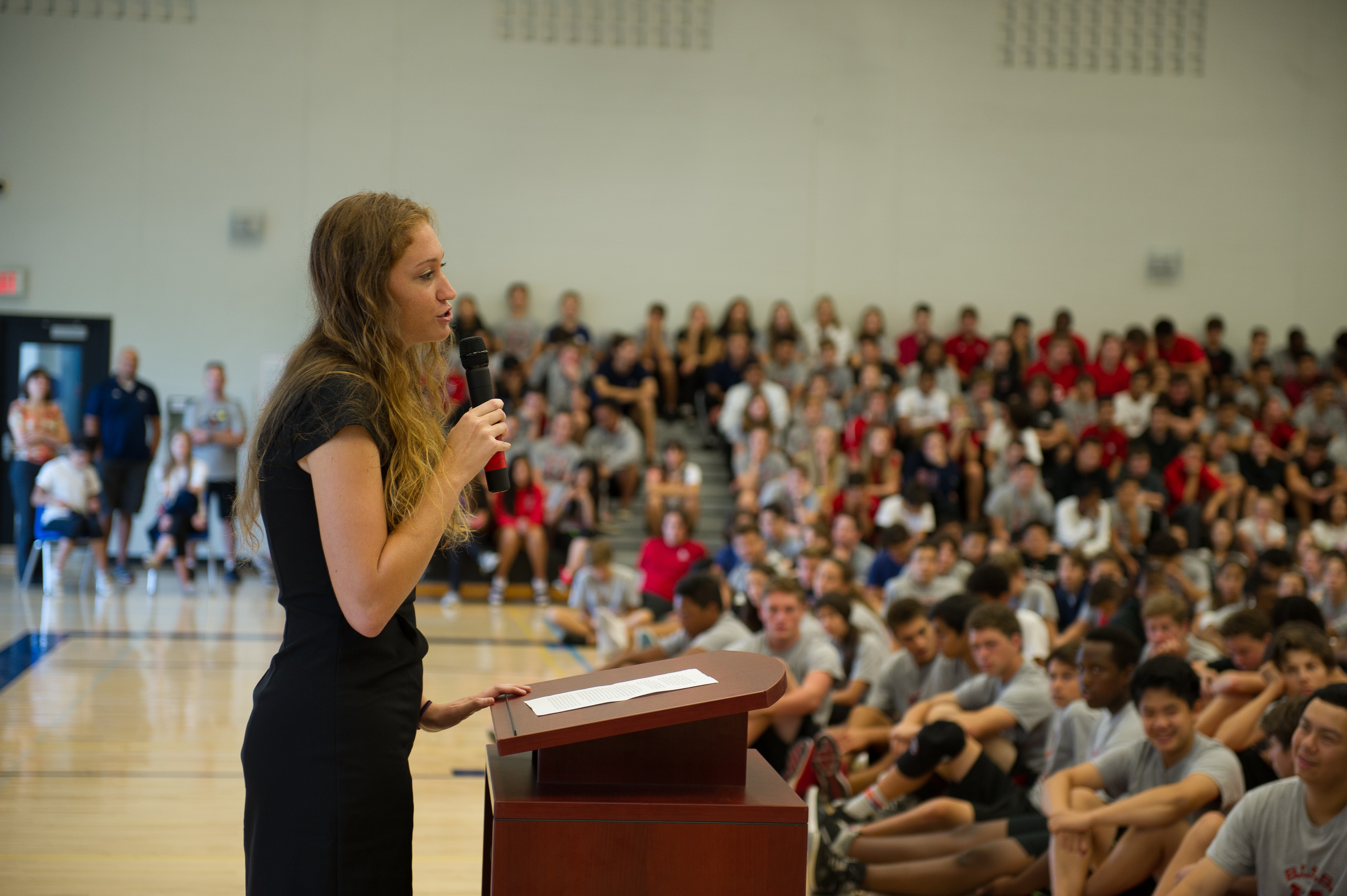 Sarah describes Mr. Scagnetti as an educator who valued creativity, humour and team spirit, and invited his students to freely express their ideas and emotions. “He would challenge my views, my abilities and my work.”

Mr. Scagnetti’s mentorship, Sarah reflects, “has made me tenacious and very thoughtful in the work that I do in my daily life. He was the first teacher who truly helped me formulate my views on the world.”

Five years ago, Mr. Scagnetti received a cancer diagnosis, and Sarah recalls the courage with which he fought the disease. “He was sick for a number of years, but continued to be an inspiration,” she says. “He inspired me to think big.”

As an educator who encourages his students to do their best, Mr. Scagnetti says he learned valuable lessons about teaching from his talented former student. “Sarah has always made me reflect on my practice,” says Mr. Scagnetti, who is currently assistant head of the BCSS phys-ed department. “Am I reaching all of my students?”