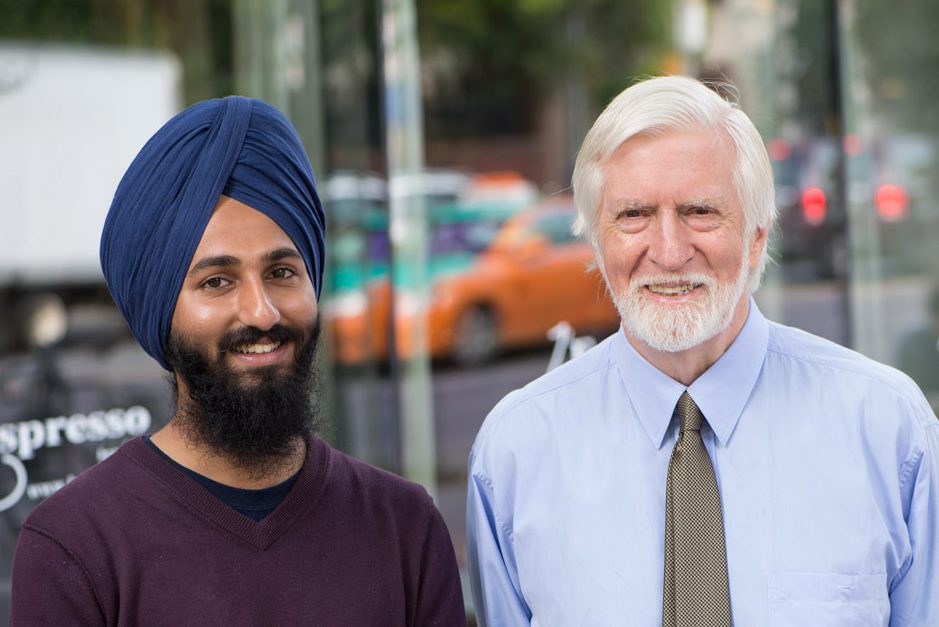 Originally from Calgary, Anamjit Singh Sivia (Loran Scholar ’12) is a third-year electrical engineering student at the University of Toronto. He is president of the Engineers Without Borders chapter at U of T and works as a translator and English instructor at the Canadian Centre for Victims of Torture. Anamjit co-founded the university’s Sikh Students Association, and he has volunteered as a consultant for local nonprofit organizations. He also writes for various campus newspapers.

As a Loran Scholar, Anamjit was paired with Martin Connell, OC, O.Ont, past chair of the Toronto Community Foundation and co-founder of ACE Bakery Limited. Mr. Connell, a 1994 recipient of the Pearson Medal of Peace, has also led two regional investment funds providing services to low-income self-employed people in Latin America and Africa. As chairman of the Omega Foundation, he helped create and support the SmartSAVER program, an initiative that seeks to increase the level of awareness and participation among low-income families in the federal government’s Registered Education Savings Plan (RESP) program and the Canada Learning Bond.

Anamjit and Mr. Connell quickly established a rapport when they met. “Martin’s humility and friendly nature won me over immediately,” Anamjit says. “He has a lifetime of experience in fields I am interested in, such as microfinance, international development and mining, and I have very much enjoyed our conversations.”

“My mentor has also introduced me to great Canadian traditions,” recounts Anamjit, who received his citizenship this year. “He and his family are kind enough to invite me to their cottage for Thanksgiving dinner and to their Easter lunch.”

“When I listen to him, I can see a future in which I say, ‘I knew Anamjit when he was a student at U of T. Look where he is now!’”

For Mr. Connell, the mentoring experience is both rewarding and inspiring. “Anamjit has a refreshing optimism and quiet passion for everything he does. He cares, takes action and is restlessly curious. When I listen to him, I can see a future in which I say, ‘I knew Anamjit when he was a student at U of T. Look where he is now!’ He is the kind of person that makes me feel that the world will be in good hands, and I consider myself very lucky to call him a friend.”