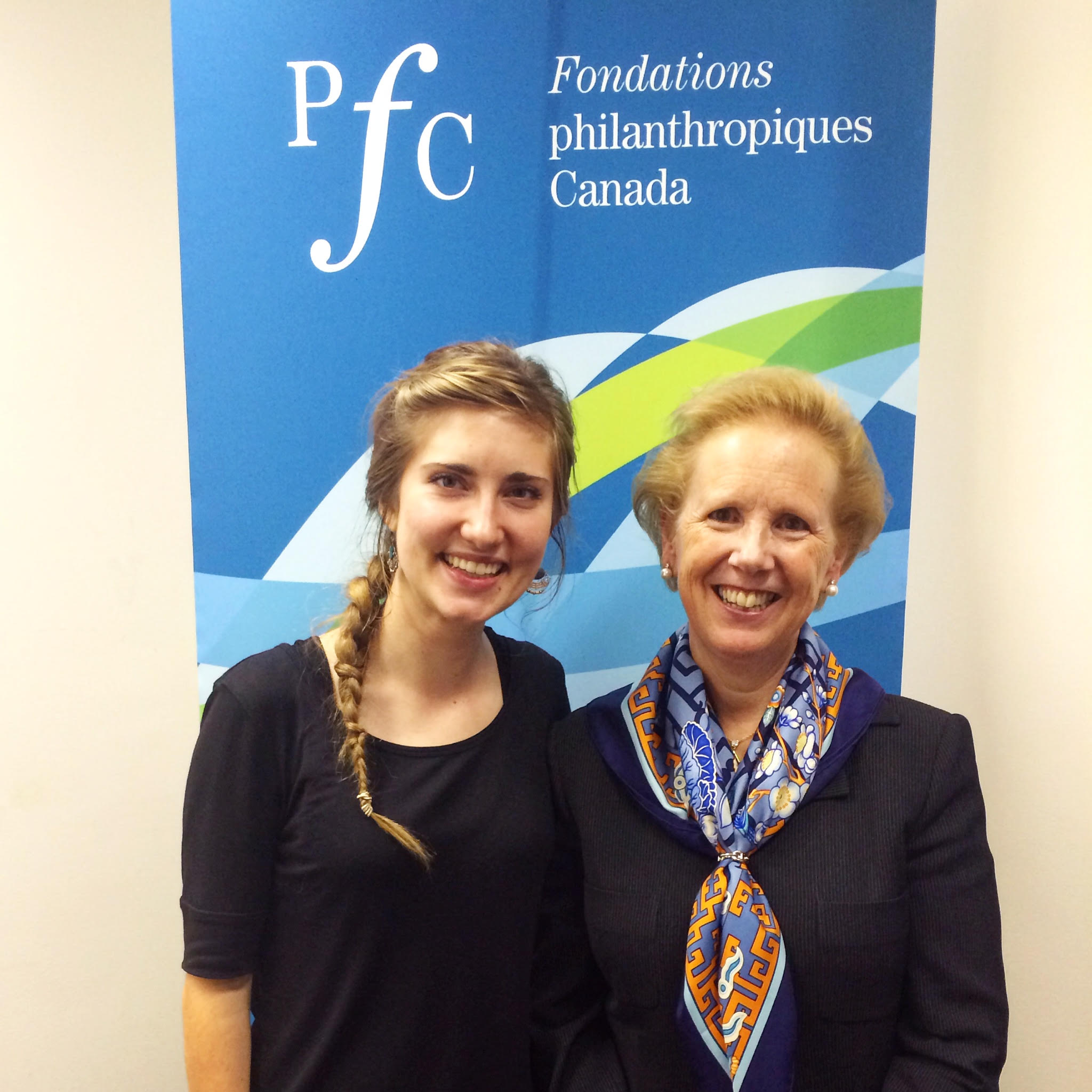 When asked about her mentor Hilary Pearson, former President of the Philanthropic Foundations of Canada, Christina Klassen’s first words were, “The most lovely and welcoming woman.”

Ms. Pearson expressed similar enthusiasm. “When I first met Christina, I was struck by her poise and by her fearlessness in the face of a new experience – living in a new city, in a new language and in a demanding academic program. Over the last four years, she has lived up to every bit of that first impression!”

The two first met when Christina entered McGill University as a 2011 Belzberg Loran Scholar. Ms. Pearson, whose career has spanned the public, private and non-profit sectors, helped Christina make the transition from Kelowna to Montreal, reflect on her goals and discover new areas of interest. In addition, Ms. Pearson helped her identify an enterprise summer opportunity in merchandising at the headquarters of Reitmans (Canada) Ltd.

While at McGill, Christina launched an ESL tutoring program at her church, provided free piano lessons to students in low-income neighbourhoods and helped facilitate French-language workshops for people with aphasia. She spent her other two summers teaching health education in northern Kenya and contributing to policy recommendations for the Jordanian Government on the Syrian refugee crisis. After Christina graduated in 2015 with a joint honours degree in linguistics and psychology, she started working on a research project for the Philanthropic Foundations of Canada.

Of her mentor, Christina said: “Hilary challenged, encouraged and inspired me. I admire and appreciate her tenacity and kindness, and I’m so thankful that we were placed together. I know our relationship will continue to grow.”

Ms. Pearson described the mentoring experience as being “rewarding in so many ways, not least because Christina makes me so optimistic about the contribution that she and her generation are already making to Canada.”