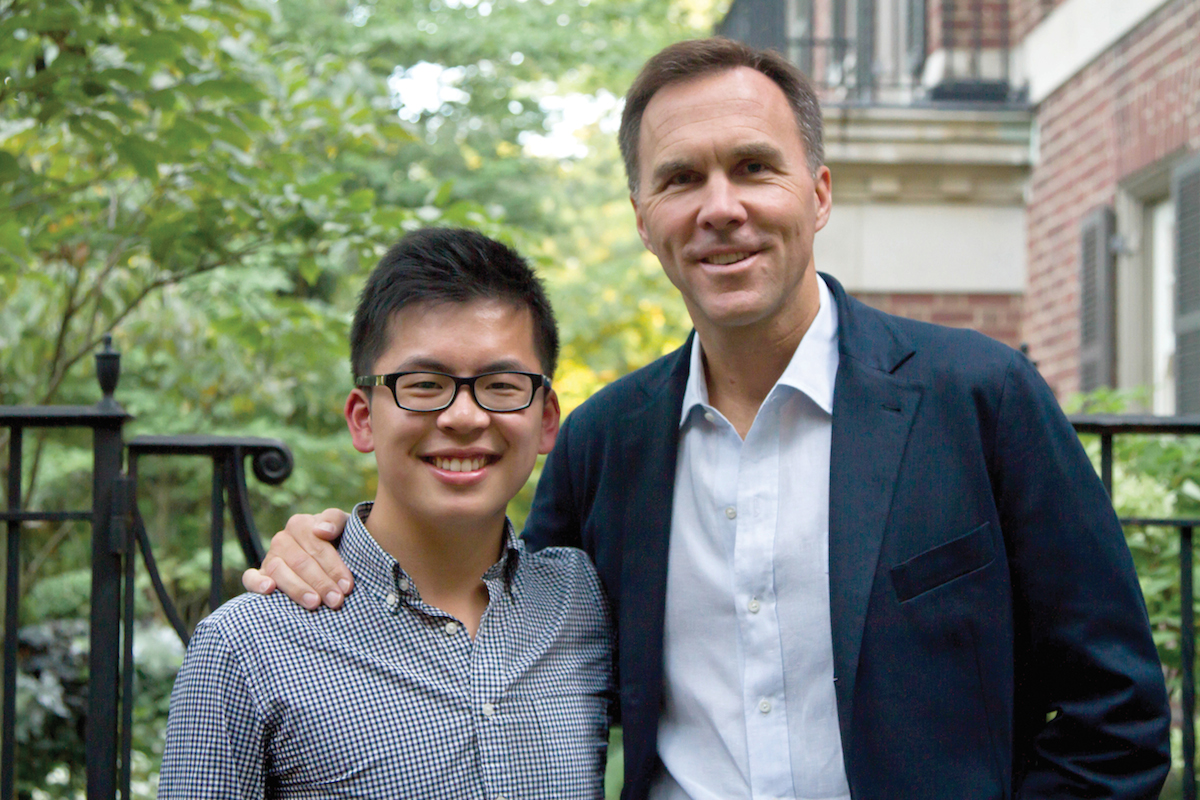 Sammy Lau (Young Fund Loran Scholar ‘10) completed his studies at Trinity College in the University of Toronto, where he majored in history and human geography. On campus, he served as the Secretary-General of the North American Model United Nations and was a member of the university’s Discipline Appeals Committee. He has also volunteered on the executive committee of a Member of Parliament’s election campaign. For two summers, Sammy interned with Office of the United Nations High Commissioner for Refugees in Geneva and London. He also worked in sales and business development with Canopy Labs, a customer analytics company founded by Wojciech Gryc (’04).

Upon moving from his hometown of Vancouver to Toronto, Sammy was paired with Bill Morneau, then-Executive Chairman of Morneau Shepell, Canada’s largest human resources firm. The past board chair of the C.D. Howe Institute, Bill was appointed in May 2012 as the Pension Investment Advisor to the Ontario Minister of Finance. In 2015, he was appointed as Canada’s Minister of Finance. Bill has also served on the boards of several national and international organizations, including the Loran Scholars Foundation.

“Bill helps to keep me grounded. He asks the right questions, including what am I doing and why am I doing it. Sometimes he asks, ‘Why not?’ Why not volunteer my time? Why not put my name up for election? Bill helps me to see the bigger picture and encourages me to take an extra risk when it makes sense.”Mr. Morneau described the mentoring experience as an opportunity to interact with a young, motivated scholar: “I feel confident that my time is invested wisely in a Loran Scholar. These young Canadians have already demonstrated commitment to improving the world around them, and strong potential to continue increasing their influence in the future. It is a privilege to be able to offer guidance to an emerging leader at such an important time in his life.”

Sammy and Mr. Morneau met monthly in a variety of settings, something Sammy viewed as having been particularly beneficial: “Seeing how he operated in the office, at community events and as a father was an incredible opportunity.” From Mr. Morneau’s perspective, Sammy’s presence at family dinners held an unexpected benefit: “It was a rewarding endeavour for me personally, and my children, ages 17, 16, 14, and 11, gained a role model in the process.”

When asked if he would recommend the mentorship program to fellow community leaders, Mr. Morneau replied, “Absolutely.”