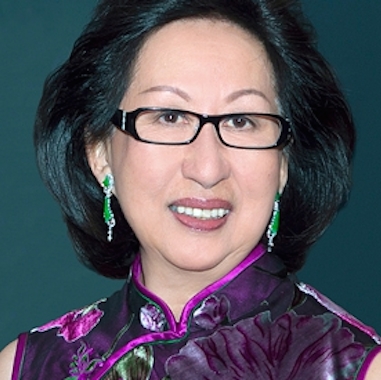 Eva Lee Kwok began volunteering with the Loran Scholars Foundation in 2013, when she became a regional interviewer in Vancouver.

Now a business executive and investor, Ms. Kwok started her career as a nutritionist. She received her MSc from the University of London and in 1968 began teaching nutrition at the University of Saskatchewan. She went on to become the President and CEO of the Saskatchewan Institute of Applied Science and Technology (SIAST).

Opting for a second career in the private sector, in 1992 Ms. Kwok became the chair and CEO of Amara International Investment Corporation. She has been recognized numerous times as one of Canada’s most influential businesswomen and as an authority on international trade, particularly in the Asia-Pacific region. In 2012 she received an honorary doctorate from Royal Roads University.

As an interviewer, Ms. Kwok enjoys meeting the candidates and hearing about how they take meaningful risks. To young people, her advice is: “When you least expect it, an opportunity will come your way. Grab it and run with it!”