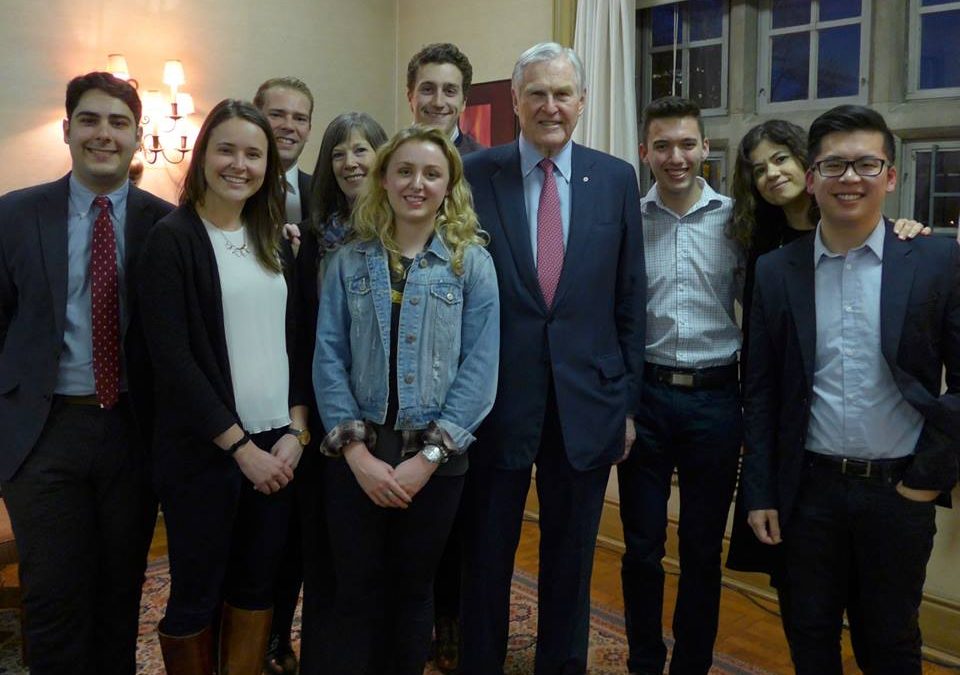 Well-known for his work as federal Minister of Finance and later as Canada’s Ambassador to the United States, The Honourable Michael H. Wilson (1937 – 2019) served on the board of the Loran Scholars Foundation from 2012 to 2015. He brought a wealth of experience from his distinguished career in Canadian public life as a politician, diplomat, business leader and community volunteer to our board.

“The Loran Scholars Foundation, with its emphasis on identifying and nurturing strong character in young Canadians who are making practical contributions to communities across the country, is a key means of investing in the future prosperity of Canada. I am proud to serve on the board,” said Mr. Wilson, who was Chairman of Barclays Capital Canada.

Mr. Wilson was a strong supporter of higher education. He graduated from Trinity College and served as Chancellor of the University of Toronto. In 2010, he was promoted to Companion of the Order of Canada for his outspoken advocacy in the field of mental health and for his contributions to public service, both in Canada and on the international stage.