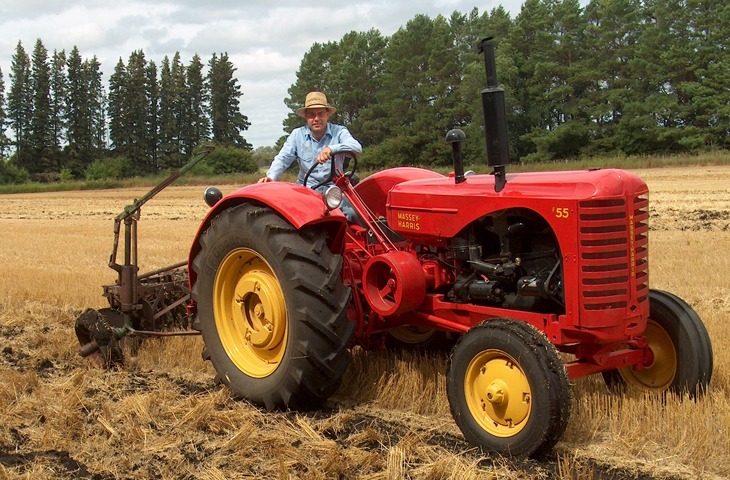 Elliot Sims (W. Garfield Weston Loran Scholar ’04) beams with pride at the restored tractor before him. He’s proud to have completed the restoration, but his grin also reveals a passion for his community. In 2000, Elliot started working to create an exhibit in his hometown of MacGregor, Manitoba, that would recognize the role played by vehicles like his tractor in linking farmers and rural communities to the rest of the world.

For Elliot, being a Loran Scholar gave him the opportunity to stay involved with his home community while attending the Asper School of Business at the University of Manitoba. A fourth-generation “farm kid,” Elliot’s education has extended well beyond the classroom. He spends considerable time on fundraising and strategic development for the exhibit, and he also volunteers with organizations whose focus is on public policy for rural development. “The Loran Scholars Foundation helped me go into the world and have time for aspects of my education that are not just about books.”

Being selected as a Loran Scholar also provided Elliot with resources that have helped him take his projects further. Elliot’s mentor was Lawrie Pollard, Chairman of Pollard Banknote, who has provided him with advice and direction. Says Lawrie: “If you don’t get involved, your experiences won’t broaden. You’ll stay in your own shell. If you put yourself out there, you’ll get something done to make Canada a better place to live.”

Elliot earned a Master of Public Policy degree from the Gerald R. Ford School of Public Policy at University of Michigan. He is the Director of Legislative Affairs & Regulatory Accountability for the Government of Manitoba.