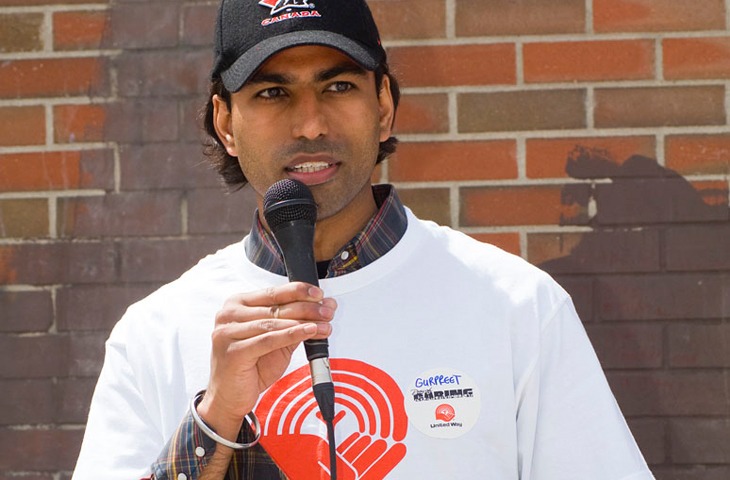 Gurpreet Brar (W. Garfield Weston Loran Scholar ‘00) had never considered studying outside his hometown of Winnipeg before being selected as a Loran Scholar. Given the opportunity to choose the best program for his interests and aspirations, he chose to study commerce at McGill University in Montreal.

At McGill, Gurpreet taught a section of an organizational behaviour course and served as involvement coordinator for the student union. In third year, he interned at the US Consulate General in Montreal while enrolled in a full course load. He worked the following summer at the Canadian Embassy in Washington.

“The foundation’s encouragement of Loran Scholars to take meaningful risks and follow unconventional paths is what makes the organization distinctive,” he says. “It was a huge boost to my confidence that a group of community leaders, and in my case the Weston family as well, believed in my potential for leadership.”

Returning to Winnipeg, Gurpreet worked for three years in business planning and strategy for CanWest Global. He is now a Director in PwC’s Consulting & Deals practice, works with companies on acquisitions, divestitures and financing matters. He also helps organizations with strategic and business planning.

In the community, Gurpreet serves on the board of the United Way of Winnipeg and the Manitoba Chambers of Commerce. Previously, he was a director of the local chapter of the Network of Indian Professionals of North America and volunteered as a basketball coach. He is also one of the driving forces behind the Greenway garden, a multi-faith initiative of a local Mennonite congregation and Gurpreet’s gurdwara. In 2010, he came second, with 48% of the vote, in the race for school board trustee in River East Transcona.

Gurpreet served as coordinator of the Loran Alumni Association from 2006-2008 and as a director of the foundation for two years. He is also a monthly donor.