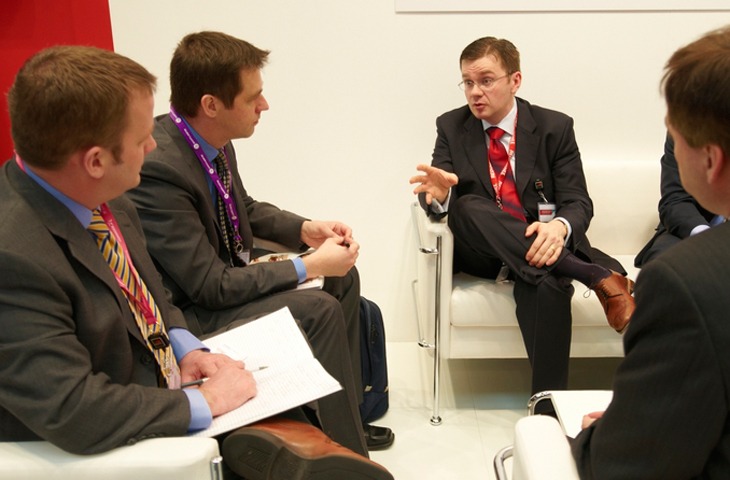 Lucas Skoczkowski (Loran Scholar ‘92) co-founded Redknee, a mobile software company, when he was 26 years old. The company, headquartered in Mississauga and listed on the Toronto Stock Exchange, now employs more than 1,600 people worldwide and has annual revenues of over $250 million. Lucas was recognized as an Ernst & Young Entrepreneur of the Year in 2004 and selected as one of Canada’s Top 40 Under 40 in 2005. In 2014, he was featured in the Global Telecoms Business list of top 100 most influential executives.

As Redknee’s former CEO, Lucas was in charge of driving the execution of the company’s corporate strategy. In doing so, he worked with Chris Newton-Smith, a 1995 Loran Scholar, who is Vice-President, Marketing at Redknee. The company has hired several other Loran Scholars as interns or full-time staff. As Lucas puts it: “Loran Scholars are all high capacity people with great potential for leadership, and they have already been screened.”

Prior to Redknee, Lucas sought out and gained considerable experience in sales, operations, and business and product development with a variety of companies such as George Weston Ltd., Nortel Networks and Clearnet Communications Inc. “Diverse experiences in business and other areas of life really help to prepare you to lead in the face of uncertainty, which is critical.” He fully supports the Loran Scholar summer program, which includes three distinct kinds of experiences – enterprise, public policy and community development – for this reason.

Lucas also believes strongly in mentoring. He mentored Stephen Lake, a 2007 Loran Scholar who studied engineering at University of Waterloo. Stephen Lake is co-founder and CEO of Thalmic Labs, a wearable technology startup that recently received $14.5 million in Series A funding.

Reflecting on the impact of the Loran Scholars Foundation, Lucas says, “Being a Loran Scholar means a long-term commitment to fulfilling the potential of oneself and maximizing one’s contribution to the community.”

Lucas remains committed to the long-term success of the Loran Scholars Foundation. In addition to hiring and mentoring scholars, he served on the foundation’s board for several years and has also served as an interviewer. A major donor, he donated $554,000 to the foundation in 2014. Redknee is also a supporter, underwriting a Redknee Loran Award every three years.