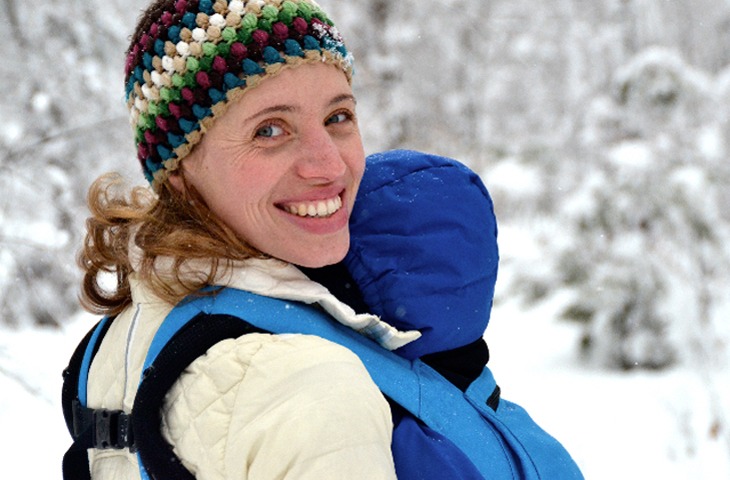 When Nadia Salvaterra (W. Garfield Weston Loran Scholar ’00) headed to Iqaluit for a Loran public policy summer, she did not suspect that it would be the start of a long-term fascination with the North. Almost a decade later, her interest shows no signs of abating.

The Loran Scholars Foundation played a key part in making it possible for Nadia to pursue her interest. During the initial three-week stay, she realized that 21 days would not be enough to satisfy her curiosity about the land and culture. The staff at the foundation provided Nadia with encouragement and support to continue her work. “They were so interested in what I was doing and helped me to stay up North,” she recalls. “That was a very formative moment.”

While working for the Government of Nunavut Department of Health, she was instrumental in drafting and tabling a tobacco control act in a region with one of the world’s highest smoking rates. At the time (2003), it was the most progressive, sweeping tobacco control legislation in the country, being the first to prohibit smoking in all restaurants and bars throughout a province or territory.

Having since finished medical school at McMaster University and a residency in Ottawa, Nadia’s sights have turned to the North once again. In 2012, she and her husband moved to Inuvik in the Northwest Territories to serve eight nearby communities (including six fly-in communities) of about 9,000 people. Nadia also serves as the hospital’s regional Medical Director.

There are many challenges to health care in the North, which Nadia hopes to tackle in the long term, once she becomes more familiar with both her profession and the community. Beside the isolation and the lack of doctors in general, she notes there is a critical lack of psychiatric care facilities. Despite an interest in other countries—she lived in India as a child and taught English there following high school, and recently volunteered with a local NGO in Haiti—Nadia feels an obligation as a Canadian to focus on her own nation for now. “It’s hard to go to Northern Canada,” she comments, “and see how great the need is, and decide to put your energy into another country.”

Nadia remains committed to the Loran Scholars Foundation and hopes to volunteer in the future. In the meantime, she is committed to making an annual financial contribution. Nadia made her first gift in 2010. “I feel a responsibility to give back. The support I have received is so much greater than money, but I feel it is important to start chipping away on my ‘debt’ to the foundation now.”