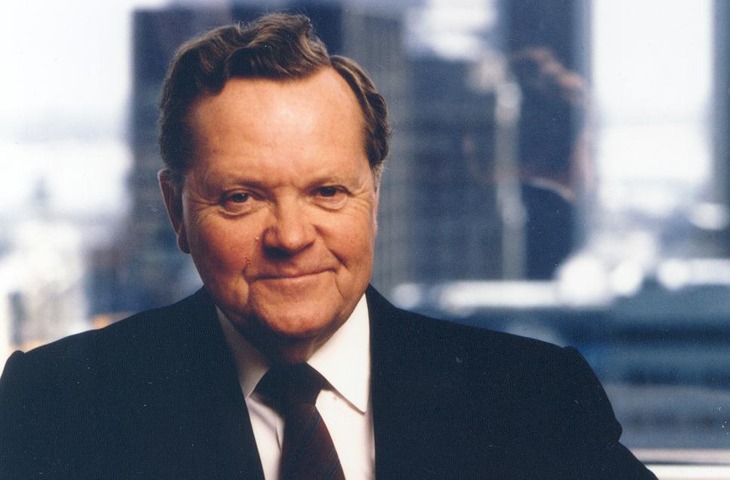 Purdy Crawford (1931 – 2014) served on our board of directors and honorary council because he believed in investing in young people who show potential as leaders. “A young person’s quality and potential for leadership cannot be found solely in their resume or transcript. The Loran Scholar selection process considers not just what a person has done but what they may be able to do – a subtle, but crucial, difference.”

A native of Five Islands, Nova Scotia, Mr. Crawford was counsel at Osler, Hoskin and Harcourt. In 2007, he was promoted to Companion of the Order of Canada. He served for 10 years as CEO of Imasco and was a director of several major Canadian companies.

“I am proud to contribute time and money to support the Loran Scholars Foundation. The near-term record of Loran Scholars is excellent and I expect the long-term returns of investing in these students to be even better,” said Mr. Crawford.

Mr. Crawford was a longstanding champion of higher education. Chancellor Emeritus of Mount Allison University, he served on the boards of McGill University and the University of Waterloo, the students of which benefited from his philanthropy and initiative as a fundraiser.